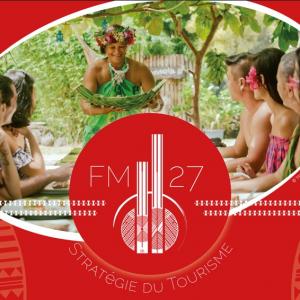 The Fari’ira’a Manihini 2027 (or FM27) plan is the tourism development strategy that in the next five years, seeks to position French Polynesia (also known as The Islands of Tahiti) as one of the leading destinations in the Pacific for inclusive and sustainable tourism. It is a critical roadmap that was co-constructed with the local population as well as public and private tourism stakeholders in a collaborative approach initiated by the Ministry of Tourism of French Polynesia.

The Fari’ira’a Manihini 2027 (FM27) places environmental and cultural preservation of the destination as the top priority along with preserving the visitor experience. At the heart of the plan is the economic and cultural needs of the Tahitian population, across the vast region of 118 islands and atolls in the South Pacific. One key pillar of the plan is to manage the rate of visitation, projected to be 280,000 by 2027. This cap would maintain a goal of a relative ratio of one inhabitant to one visitor with the current population of 278,781 according to the latest census (2022).

« The Islands of Tahiti should remain a slow tourism destination — a little corner of paradise with exceptional service focusing on experiences, culture and encounters with the local population. » According to Jean-Marc Mocellin, CEO of Tahiti Tourisme. 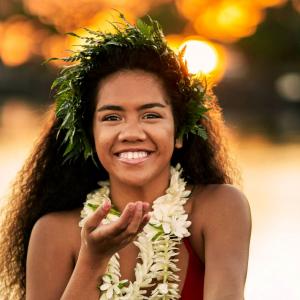 Mr. Édouard Fritch, the President of French Polynesia, expressed his commitment to sustainable growth, based on the preservation and improvement of the way of life of the local population, in each of the territories which contribute to the diversity of The Islands of Tahiti.

“The framework … of Fari’ira’a Manihini 2027, is to ensure that an authentic and sincere bond is strengthened between those who come from elsewhere and those who, here, agree to welcome them.” states President Fritch in the opening preamble.

With a record number of 236,000 visitors in 2019, French Polynesia is far from being a mass tourism destination. The Government’s policy is to favour longer stays and spread the flow of tourists and the financial benefits among the different islands by implementing infrastructure improvements and investments. This will also ease the pressure on the best-known destinations, islands such as Tahiti, Moorea and Bora Bora, while exposing lesser-known, but no less naturally beautiful or enjoyable islands, that make up The Islands of Tahiti. If this strategy is successful, the limit may be reviewed in 2027.

Beyond the number of visitors, more than 95 actions and 40 sub-actions are identified covering everything from waste management and expanded WIFI networks to developing eco-tourism parks and hiking trails.

« With the international reputation of The Islands of Tahiti, we are fortunate we are not yet a mass tourism destination. The anticipated increase in tourist activity has revealed a need to adopt a form of tourism that is both sustainable and targeted. » according to Jean-Marc Mocellin. “From the point of view of the investor (both present and future), it is reassuring that the destination will adopt a firm strategy to avoid overtourism, which could potentially devalue any investment. »

The strategy was conceived in 2020, during the bleak days of the early pandemic when The Islands of Tahiti found themselves facing a global health crisis alongside the loss of their most critical and job-creating industry, tourism. Despite the health constraints, collaborative and participative workshops brought together more than 400 participants from different backgrounds who were able to define the overall vision for the tourism development of French Polynesia.

The roadmap comes out alongside other tangible initiatives to address the concerns of tourism impacts and mitigate them into the future. For example, the country will also be conducting a study in collaboration with Agence nationale de l’Environnement et de la Maîtrise de l’Energie (ADEME) to determine and address the carbon footprint caused by tourism. The results of this study will be made public at the end of 2023.

This detailed roadmap follows on previous initiatives announced by the Presidency to enact control on cruising capacity and expand marine protections in The Islands of Tahiti. The destination is also committed to follow the tourism strategy established by the Global Sustainable Tourism Council (GSTC) for the Pacific Tourism Organization (PTO) of which The Islands of Tahiti is a member.